The Mosteiro dos Jeronimos and the Torre de Belem were constructed in the period when the Portuguese nation played a leading role in exploration. In the sixteenth century, when they were erected, Belem was the site of the port from which the ships set sail on the great voyages of discovery. Today, now that the port has disappeared, the site has become a pleasant leisure area.

In 1496, King Manuel I (14951521) asked the pope for permission to build a great monastery in thanks to the Virgin Mary for Vasco de Gama's successful voyage to India. The request was granted and construction began on the Mosteiro dos Jerónimos on January 6, 1501. The project was funded by treasures from explorations in Africa, Asia, and South America, and tax on the Portuguese-controlled spice trade with Africa and the East.

The king initially hired French architect Diogo de Boitaca but due to the time it took to complete he was later succeeded by João de Castilho, Diogo de Torralva and finally Jerónimo de Ruão . The site Manuel chose for the new monastery was that of a small chapel dedicated to St. Mary of Belém by Henry the Navigator.

The monastery has become a lasting monument to the Age of Discovery and is also the mausoleum of King Manuel I and his successors. The project was completed around 1600 by which time Renaissance and Baroque elements were incorporated into the design.

The 1755 earthquake damaged the monastery since when many restoration projects have been undertaken to maintain the monastery some executed better than others.

Pictures of the Monastery 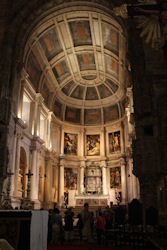 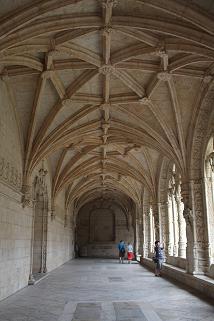 For more information use these links:

MOSTEIRO DOS JERÓNIMOS Official website for the attraction (in Portugese) under the link visite o Monumento, you will find but has opening times (Horários) and tickets (Bilhetes).